Back in March 2017 Jisc Collections distributed the Year 1 Springer Compact agreement report to 90 participating UK Higher Education Institutions (HEIs). Simultaneously, Jisc Collections invited HEIs to complete a survey on the agreement in order to obtain the views of the community following the first year since it started.

This blog post is a summary of the survey results in which HEIs expressed a range of comments, both positive and negative. It also identifies a number of recommendations made by HEIs and these are currently being implemented. Prior to its release, the survey was tested internally and with a number of HEIs. All the recommendations made to refine the survey content were included in it. The survey questions had a range of answer options which included the following:

The full results of the survey were sent to participating HEIs and are confidential.*

33.3% of HEIs expressed their views on the agreement, Springer’s dashboard, differential pricing, historical print spend (HPS), Springer’s monthly reports, article opt-outs, rejected articles, and future negotiations. A survey report has now been sent to the 90 HEIs, identifying areas in which Springer and Jisc Collections can make improvements and highlighting some of HEIs concerns about the current and future deals.

The eight key takeaways from the survey are:

1. 86.7% of HEIs rated the overall deal either as positive or very positive (Figure 1). Some of the highlighted positive aspects included a reasonable price, a simple workflow process, and little overall administration.

Figure 1 – Institutions views on the deal. [Q: Taking into account all aspects of the current agreement with SpringerNature for the Springer Compact agreement, how would you rate your institution’s collective view of the deal?]*

2. On a less positive note, HEIs expressed concerns about the high number of opt-outs, Article Processing Charges (APCs) and subscription costs, the number of HEIs making overall savings on the combined fee (subscription + APCs – although all HEIs offset their APC costs against their 2014 spend), the effects of a ‘successful’ deal on future pricing, and uncertainty about the long-term sustainability of the model, particularly in relation to the availability of RCUK funding.

3.  66.6% HEIs were positive or very positive about their satisfaction levels with the Springer Compact dashboard (Figure 2). However, they suggested that some revisions are made to the dashboard. For example, including the article date of acceptance (Author Accepted Manuscript), including the article download option or link to full-text, the full authors’ lists and affiliations (including co-authors), the funders’ details, authors ORCID IDs, and information about articles opt-outs and rejected articles and/or integration of monthly reports into the dashboard. 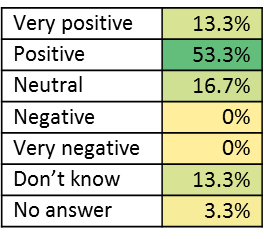 4. 56.6% of HEIs were positive or very positive about the Springer Compact monthly reports (Figure 3). Overall, HEIs considered the reports as being useful but suggested that further improvements are made to ensure that information about funders is provided, that usage data is available in in versions that are compatible with institutions systems, that information is aligned with Jisc’s APC spreadsheet, and that articles can also be sorted by funder. One particular issue was raised regarding opt-outs: institutions need to know about opt-outs as they happen in order to address them and reverse trends. 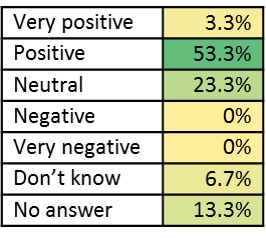 5. When asked if opt-outs were an issue, 56.7% of HEIs said definitely or possibly (Figure 4). HEIs indicated that the main reasons for opt-outs relate to a lack of understanding about how the process works, authors thinking that they may need to pay a fee, confusion about different OA schemes and Springer’s brands (Springer Open, Springer Open Choice), and unclear wording of Springer’s message on opt-outs. To address these issues, Jisc Collections will create a best practice document in order to assist HEIs in tackling author opt-outs and SpringerNature will set up a system to inform library staff of opt-outs as they happen (in an attempt to halt the process) as well as revise the wording in the online system and in emails.

6.  In terms of future negotiations with SpringerNature, HEIs requested that the annual percentage increase is addressed, that opt-outs can only be an exception, that HPS is addressed, and that other service requirements are included. For example: ORCID (44.8%), CrossRef (27.6%), Funder Registry (27.6%), ISNI/Ringgold identifier (20.7%), Jisc Monitor (17.2%), and CCC RightsLink (3.4%).

7. Jisc Collections will use the feedback received to make improvements to the reports, to assist HEIs in addressing the high article opt-outs numbers and discuss the possibility of switching off the author opt-out function, and to plan future negotiations.

8. SpringerNature welcomed the recommendations made by HEIs and will make further improvements to its systems/workflows.

SpringerNature were given the opportunity to reply to a number of issues and areas of improvement raised in the survey and this was also included in the report sent to participating institutions.

Footnote: all the sections marked with an asterix (*) were last modified on Tuesday, 18 July 2017.

A survey on opinions that only allows positive or neutral responses will be, by definition, skewed towards positive responses. Acquiescence bias is a well-known problem in survey design, that even balanced response options (ie negative to positive) tend to lead to people’s answers agreeing with the given statements. Surely a body connected with higher education could find someone to design a half-decent survey, unless this wasn’t the aim.

In your opinion, which proportion of the 2/3rd of institutions who did not respond where simply wishing to answer something different than “very positive”, “positive” or “neutral”?

With regards to the blog post, we are very conscious of bias and try not to ask leading questions. For example, the question that solicited the answers to figure 1 read:

Taking into account all aspects of the current agreement with SpringerNature for the Springer Compact agreement, how would you rate your institution’s collective view of the deal?

The full range of options were:

In the blog, we did not display options where there were no responses, which may have led to a misunderstanding in the results.

We believe that the wording of this question goes some way to address the Wikipedia article on Acquiescence bias [1], “One approach to dealing with acquiescence responding on surveys and questionnaires is to employ a balance of positively and negatively keyed items in terms of the intended content”.

The full report was sent to the participating institutions and this included a full set of questions as an Appendix, it was also tested with a number of institutions and we made changes based on this feedback. We will revise the description of this blog to make it clearer that it is a summary and that we did receive a range of comments, positive and negative.

Regarding future surveys and the reporting of findings, we will check them for possible acquiescence bias and continue to test them with the HE community before distributing them. We will make this clear in any methodology we publish.

“In the blog, we did not display options where there were no responses, which may have led to a misunderstanding in the results.”

The totals in the figures on the post do total 100% though, and they do give the impression they are screenshots from the actual survey, which is misguiding if ‘Negative’ and ‘Very Negative’ were actual options. Can Jisc confirm there were 0 responses with those options, and can this be verified with access to the survey’s source data?

Another question is if respondents had the opportunity to qualify what they meant by the options selected, and/or if the survey explained what Jisc meant by each of the qualifiers. “Positive”, “Negative” or “Neutral” in what sense, in which context, in relation to what? Knowing this would add essential qualitative data for further critical, thoughtful discussion of whether the responses can actually become “actionable insights”…

We have revised the blog post and the changes made show that there were 0 responses for ‘negative’ and ‘very negative’ answer options. The initial figures on the blog post had been created in Tableau and have now been replaced by excel tables, the exception is figure 4 which is a Tableau visualisation.

Thank you for the response, Mafalda, and for updating the post. Negative results are insightful too, and definitely lead to other questions. I’m not suprirsed there were positive views on the deal, but at the same time I am sure I am not the only one who will be suprised no institutions found *any* negative aspects of the current deal…

We have had discussions about this with colleagues in the past in relation on how these surveys are done (who gets surveyed), and therefore on how deals are made on behalf of institutions. Maybe those responding on behalf of others are not representing all existing views? Something to ponder.

Thanks for your engagement with the feedback!